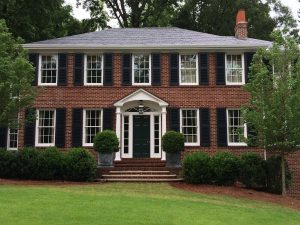 Although glass and screens have eliminated the practical need for shutters, they’re still popular for decoration. “They add another layer of thoughtful detailing to a house,” says Ted Cleary, a landscape architect in Charlotte, N.C.

But to get the right look, you still have to consider function when choosing and hanging shutters, experts say.

Beauty in architecture, as with many objects, often stems from seeing a detail that illustrates its purpose,” Cleary says…

Read the full article at: Philly.com