Just under 20 years ago, the now-president and CEO of Timberlane, Rick Skidmore, had an old home in a historic district in Bucks County, Penn., that he was restoring.

For this marketing and financial services executive, woodworking and restoration had been his hobby for years. Skidmore’s house featured old shutters that were dilapidated and rotted, and he was going to attempt to replicate the originals.

“Restorationists and woodworkers typically like to work from existing catalogs and reverse-engineer the product,” Skidmore explains. But when it got to that point, he couldn’t find a shutter company that could provide the design inspiration. And so, Timberlane, a custom exterior shutters business, was born. 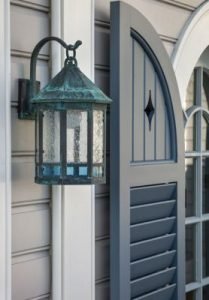 Today, Timberlane, which also specializes in reproduction and period shutter hardware, is based in a suburb of Philadelphia and is the choice of high-profile clients from the White House to the Walt Disney Company as well as historical societies across America. “We specialize in, and live and breathe in a world of reproduction, exterior window shutters, millwork and hardware,” Skidmore says.

The company is steeped in being as authentic as possible with shutter designs varying tremendously depending on region, state and part of the world, and everything is built to order.

“We build furniture-grade window shutters of superior quality. Our trademark is the focus on perfection and we have a ‘zero defect’ tolerance,” Skidmore says. Indeed, Timberlane has worked on hundreds of key projects, from national landmarks to celebrity homes and Ivy League colleges.

When it comes to ocean homes, shutters play both a protective and aesthetic role. While Timberlane mostly works with natural wood, the company has also developed the Endurian product line of 100 percent synthetic shutters that work extremely well for coastal homes.

“From five feet away, you can’t tell that it’s not wood. They look and act just like wood, and in harsher coastal environments our Endurian shutters hold up better,” Skidmore says.

As for the future, the award-winning firm will continue to grow and expand product offerings without straying from their focus of shutters and hardware.

“Even though we have a large factory and could make anything, we don’t,” he adds. “We don’t want to be a Jack of all trades and a master of none.”