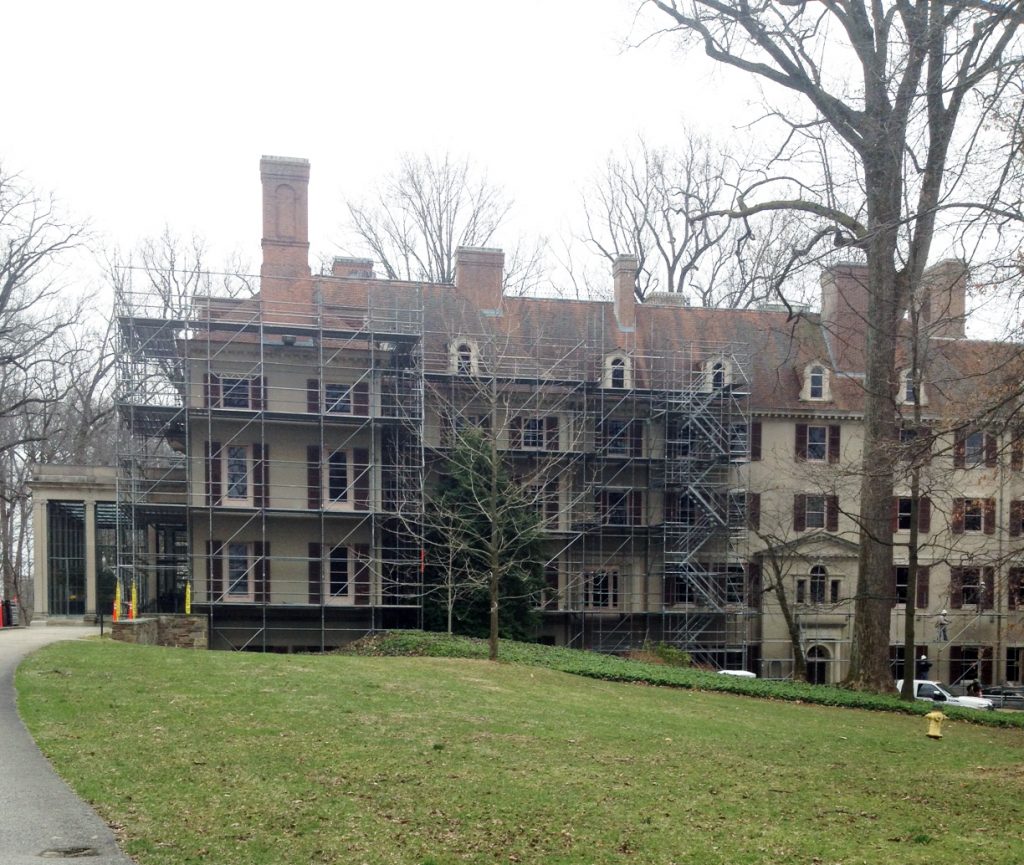 This process was time consuming, but considering what was at stake, one of the most prominent estates and collections in the country, it was understandable. The exterior plan was finally underway, four years after we were initially brought in as the shutter experts, and became partners in the renovation process.

“Only three of the existing shutters are original to the home; the conservation department will preserve these shutters as they contain important historical information on paint color.”

The scaffolding went up in early 2014. A nine story structure, complete with scrim and designed to be safe for multiple crews took almost two months to set up.

Despite the extensive planning and the attention to detail, the project is now underway and subject very strict standards and time lines. With multiple stages of the renovation going on at once, most parties and crews having been in the process together since the early stages, the project has become an art form in and of itself, similar to an elegant dance with the near seamless progression of renovation of each dependent stage, at each section of each building.