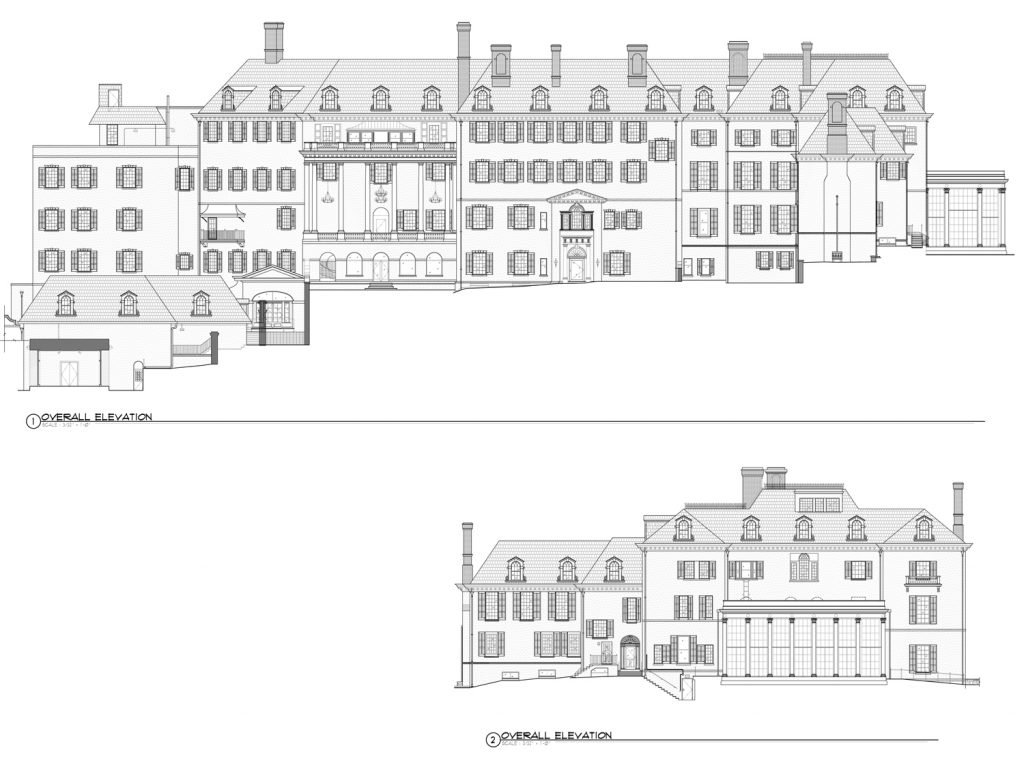 Many years ago, planning for a building renovation/restoration of the main house began. Beginning with the inside, each room, each element, was addressed. As the planning moved outside, the teams began to gather. Everything from the windows, with specific UV coated glass for the windows to protect the art and decorations inside, to the specific details of the trim for the historic shutters and hardware (for over 400 windows) was reviewed with exacting attention to detail.

The shutters, of course is where Timberlane was invited to join.

The team involved was dedicated and detailed, providing exact specifications of the building, and laying the groundwork for the requirements, down to the quarter inch for each window, the trim angles, the stile and rail spacing, the installation expectations, and the placement. We worked with the team to develop the drawings, the engineering files, and designing the custom elements to match and preserve the original elements.

Using existing shutters and hardware to match the style, we took possession of samples, which followed a documented change of possession procedure, to avoid any loss or damage to the original pieces. Any “improvements” over the original were required to maintain the original craftsmanship details, while improving the durability and function only. One by one we provided the designs, and one by one we reviewed and planned the hardware choices and selection, each time with the original historic pieces, watched over and cared for delicately, relating to the museum quality pieces of American History that they represented.

“Along with the windows, the wooden shutters will be replaced with ones made from more durable material. Although the original shutters were regularly cleaned and repaired throughout the year during the 1960s and 1970s, this project marks one of the most significant efforts to maintain these shutters. The team at Winterthur has discovered at least 17 different variations of them, ranging from what are thought to be the original, functioning shutters from the part of the house built in 1902 to decorative ones installed several decades later. “