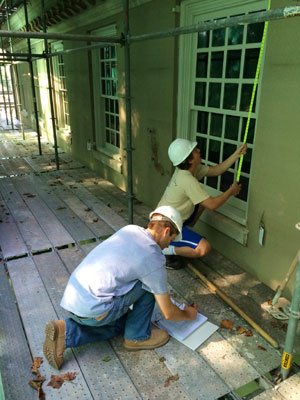 We began the process by doing a “testing” stage. After an initial “rehearsal”, where steps in the project were completed, ensuring each step of measuring, creating, tracking, delivering and installing, in concert with the other vendors to make sure timing worked appropriately was completed, the project began in earnest.

There are inter-dependencies in any project. Regardless of the original details and planning of the shutters themselves, exact measurements of each and every individual window (over 400 of them) had to be taken, and carefully documented to ensure the right shutter design and style matched the right window. 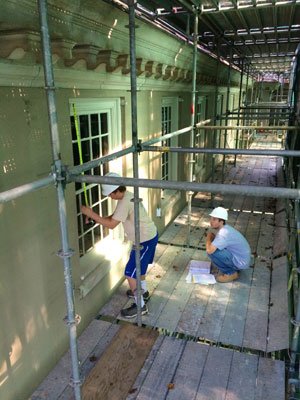 Timberlane had worked with the renovation team set up a process by which to identify and label each window component’s, beginning at the very early stages of the project. So when the new windows were finally installed, Timberlane was on the scaffolding next to them, starting the measurements to ensure the new shutters fit perfectly with the new windows.

It took several days and a team to get the full measurements, each pair including one person who measured, and the other who tracked and verified each one. Checks included noting and matching the window ID with the existing components (the window, the frame), before finally validating the right measurements for the right window ID, for the right building.  It’s a detailed process, but with several buildings, over 400 windows, and a variety of window sizes and shutter styles, it’s one of the most critical steps. To follow that through to the shutters, Timberlane developed a way to engrave the unique ID into each shutter, so that the shutters would always be referenced to the individual window’s master ID. 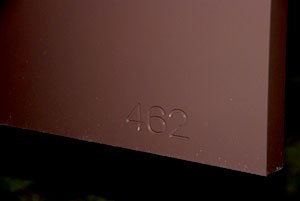 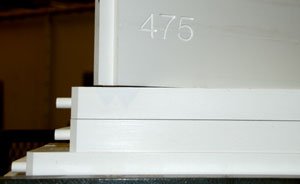